A Journey In The Hills Of Montserrat

This is an overview of my 10 day journey exploring the beautiful Spain with my family. From the Barcelona city lights to the magnificence of Alhambra, I can truly say I experienced a taste of Spain. Traveling whether far or near adds to the richness of life. For the past few years my resolution has been to travel somewhere I have never been. I have a favorite Mark Twain quote that I always think of when I travel “20 years from now you will be more disappointed by the things that you didn’t do than by the ones you did do. So throw off the bowlines. Sail away from the safe harbor. Catch the trade winds in your sails. Explore. Dream. Discover.” Before I indulge in sharing the history and culture I witnessed, I will admit I missed a few things at home. Toilet seat covers to begin with, laundry of course and access to a true ve

getarian diet. Our tour was called the “Highlights of Spain” and that is exactly what I hope to share with you.

Barcelona And Its Beautiful History:

Next… The magnificent Sagrada Familia where masterpieces of Antoni Guadi have come alive. Antonio Guadi was one of the Spanish architects who had a highly distinctive style. As was noted in our tour he thought about future, function and application in his work for his time. One of the fascinating things about the basilica sagrada familia is that it is still incomplete and in process of completion since 1882. When Gaudi died in 1926 the basilica was only 25% built! Obviously other architects have taken over since then. Continuation of building is funded by donations.

Antonia Gaudi’s work didn’t stop there, he contributed to the architectural beauty of Guell Park in Barcelona. It was skillfully designed and composed. The pictures below shows such thoughtful architecture and creativity.

Something fun and interesting I learned during my trip was the concept of Tapas! The original tapas were slices of bread or meat which people would use to cover their glasses of “sherry” between sips. Obviously as you know tapas has evolved into a variety of foods people eat prior to dinner. Dinner in Spain starts no earlier than 9pm!

Stay tuned for more of Spain! 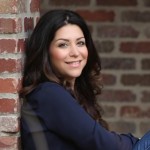 My name is Mariam Behbehani. I am a board certified family medicine physician practicing in Orange County. I’m also a new mom to my little girl. Butternutcheat has been a passion of us sisters! Excited to share our experience with you.